Finnish Lapphund
Updated on December 21, 2022
Back to top

The Finnish Lapphund is known for its luxurious appearance and sweet spitz-like face.

They have a thick double coat, a large curving tail, and a sweet face. They are Nordic dogs, and they make for friendly companions. They are very personable dogs that love to be around their families, and they tend to get lonely when on their own for too long.

This is a quick and agile breed with a strong startle reflex.

They've long been bred to herd reindeer. These pups require a lot of exercise and love being active with their families. This medium-sized dog holds up well in cold temperatures and is well suited for active families that love spending a lot of time outdoors.

The Finnish Lapphund is a friendly, faithful, calm, and keen breed that you'll love welcoming into your home.

Finnish Lapphunds are intelligent and learn quickly, but they aren't always easy to train because they’re strong-willed.

They love attention, but they are also independent dogs that like to do things on their terms.

Training is most successful when exposed to a variety of people and situations when they are very young. Exposure training should begin around seven weeks and consistently occur through four months of age.

This is the best way to shape your pup into a well-mannered and well-adjusted adult dog. Of course, if you adopt an older Finnish Lapphund, you should still work with them, but the process will include challenges absent when training a puppy.

The Finnish Lapphund is a pack dog and wants to be around loved ones. They have basic herding instincts and tend to act out more when they are left alone for a long time. The more attention and positive reinforcement you give your pup, the better. They are more focused on training when you exercise with them regularly and guard against boredom. 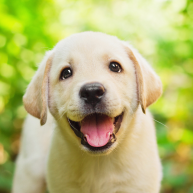 Unlike some dog breeds, this breed has a great temperament. They are eager to please and pick up new skills quickly, especially with positive reinforcement.

The Finnish Lapphund is a medium-sized dog, but most don't seem to know that about themselves. They're very brave and make decent watchdogs. They're more than willing to alert you by barking if they see something askew near their homes. Keep in mind, their alert warnings don't translate into guard dog behavior because it doesn't take them long to warm up to strangers.

Despite the pleasant demeanor of the Finnish Lapphund, they can be stubborn and might not make a great first dog for some families. They are an active breed, needing a lot of physical activity. They tend to be anxious and destructive if left alone too long or get bored.

Experienced dog owners won't have a problem training them, but new dog owners might need a bit of patience. The breed needs a patient, firm approach but does well with positive training methods and plenty of verbal praise.

All in all, the Finnish Lapphund is a calm, loving dog that loves being around people and fits in well, as long as you're willing to work with them and provide them with plenty of attention.

The breed is great with children and tends to be very gentle with them.

It would help if you taught the younger members of your family responsible dog ownership. Young children should know how to behave around a dog. In general, this breed is great with children of all ages. Raised in a healthy, non-threatening environment, you don't need to worry about Finnish Lapphunds acting out aggressively.

Finnish Lapphunds are very active and require plenty of physical and mental stimulation.

Originally bred for reindeer herding, they have a strong herding instinct. They are best suited for active families. They have plenty of agility and great focus, making them great contenders for rally obedience and other dog sports.

They're also a lot of fun at the dog park and tend to be very popular with their peers. If you choose to take your pup to the dog park, be wary of him approaching larger or more aggressive breeds.

Finnish Lapphunds are friendly dogs, and they’re eager to interact. They fail to realize that other dogs don't always see the world in the same exuberant manner they do.

The Finnish Lapphund requires a lot of physical activity, but the exercise doesn't need to be intense.

Larger active dogs often require long walks and runs, but this is not the case with Finnish Lapphunds. These dogs burn off enough energy with neighborhood walks, rigorous training sessions, play, and socializing with people and animals.

This medium-sized breed behaves like a herding dog while looking like a northern dog. They aren't guard dogs and tend to be naturally submissive to humans, but they make great watchdogs.

The average Finnish Lapphund weighs between 30 and 55 pounds.

Males stand about 20 inches tall, and females are shorter at about 18 inches. Like a herding dog, they have a stocky build but are on the smaller side among their herding peers. They're deceptively fast and love to break into a sprint.

The Finnish Lapphund was bred to be outdoors and are strong dogs with a thick, profuse coat. They come in a variety of color variations and patterns in the black and brown range. They have a sweet spitz face similar to spitz breeds.

Their most common color combinations include:

They have a fine, fluffy, luscious coat with a dense undercoat which causes their outercoat to stand on end. They also have a profusely coated tail. They appear larger than they are due to their fluffy coat.

As is the case with all double-coated dogs, Finnish Lapphunds need weekly brushing with daily brushing during shedding season.

They don't smell like dogs and rarely need bathing.

Don't ever shave your Lapphund because doing so affects his ability to moderate his body temperature. Their thick coats protect them from excessive cold and heat, so they aren't comfortable without them. Their coats developed due to spending a great deal of time outside herding reindeer in the Nordic region.

Grooming also must include trimming of their nails as needed and a check of their eyes and ears.

Their average lifespan is 12-14 years.

Like most dogs, however, they have a predisposition to several health issues.

The most common are elbow and hip dysplasia. To check, your veterinarian may have your dog undergo an X-ray test. Another condition to look out for is retinal atrophy which can later on progress to blindness.

High-quality dog food is enough to supply the nutrient needs of the Finnish Lapphund. It should be appropriate to the dog's age.

When giving treats as a reward during training, remember to set limits.

Too much can cause obesity and can lead to problems with their hip and elbow joints. When giving table scraps, do so sparingly as well. Most importantly, do not give your Finnish Lapphund cooked bones.

Clean, fresh water should always be available to them.

How Do I Know If I Have a Finnish Lapphund?

The best way to know if your dog is a Finnish Lapphund is to give your dog a DNA test. This is true for every animal.

A DNA test reveals your pet's genetic lineage and helps you determine if your dog is a full or part Finnish Lapphund.

Additionally, you can evaluate your dog's appearance and temperament.

If your pet fits the description of a Finnish Lapphund, there's a good chance the breed is part of your dog's lineage. But keep in mind, many breeds, especially herding breeds, share similar qualities. It's impossible to determine your dog's breed officially without DNA testing. 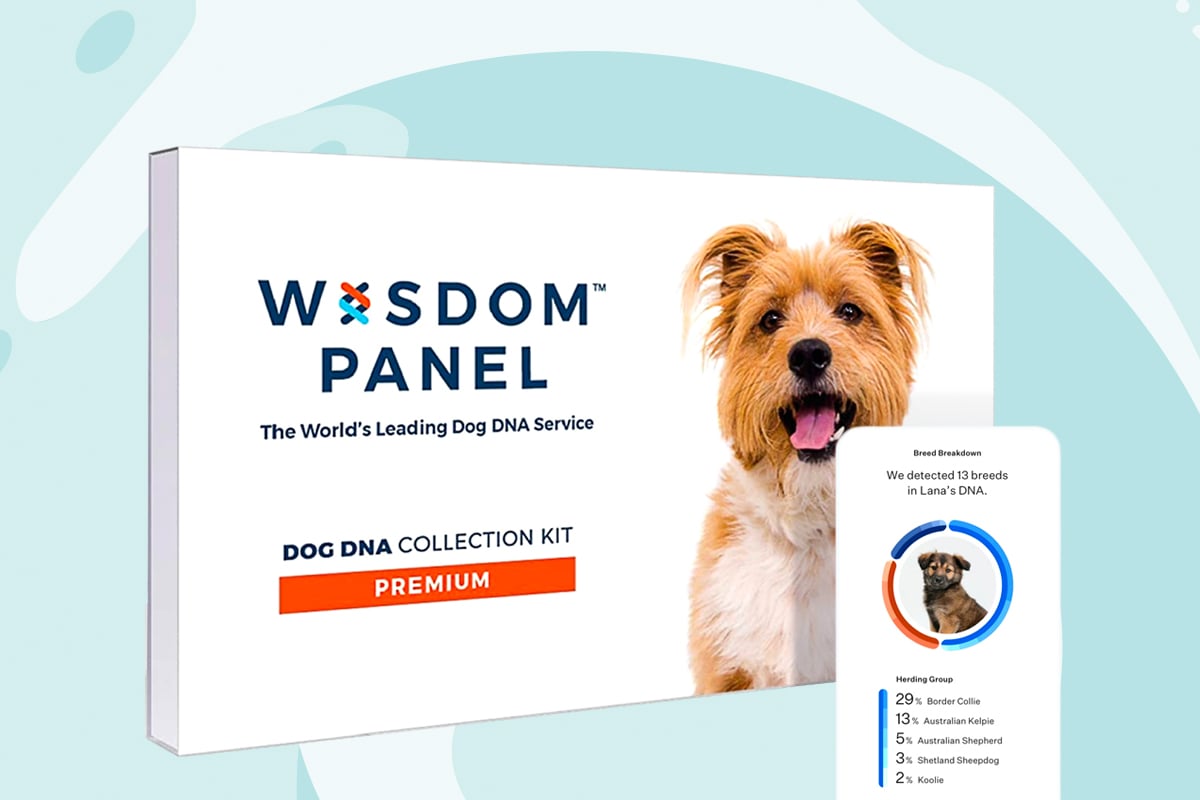 My Dog and My Wisdom Panel Review - Was It Accurate? 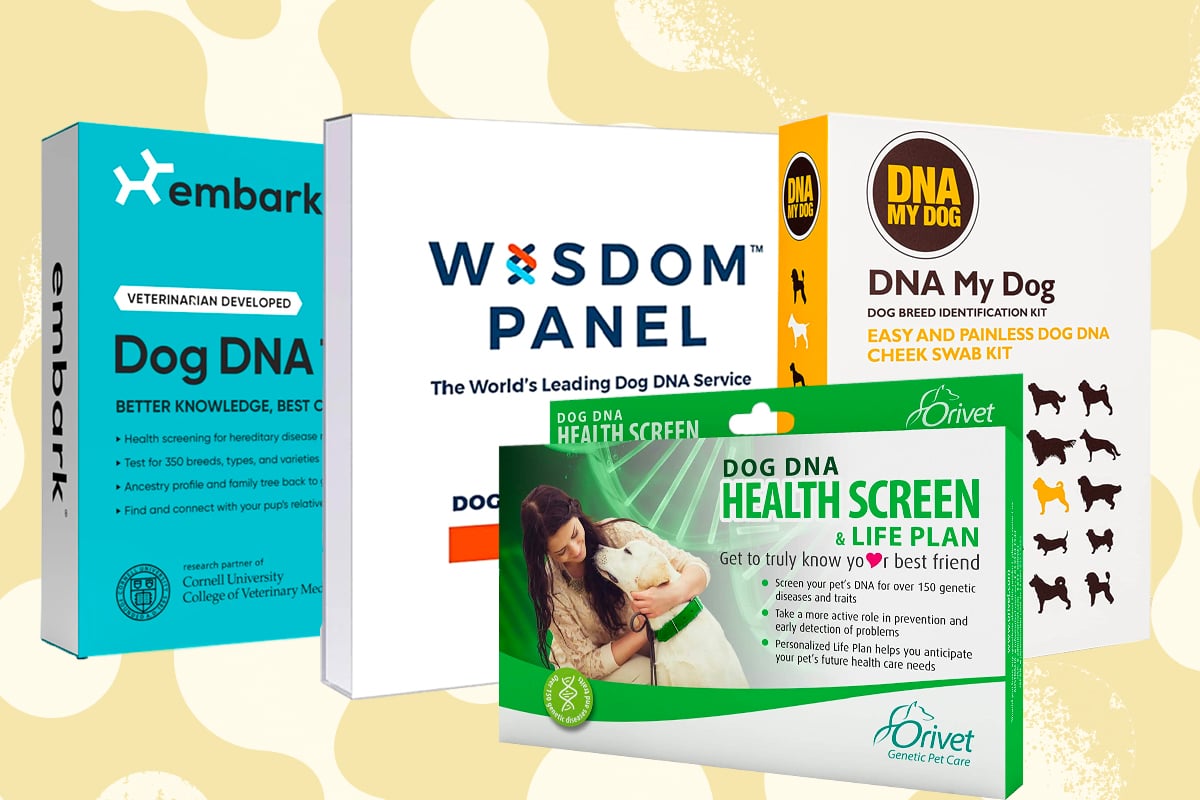 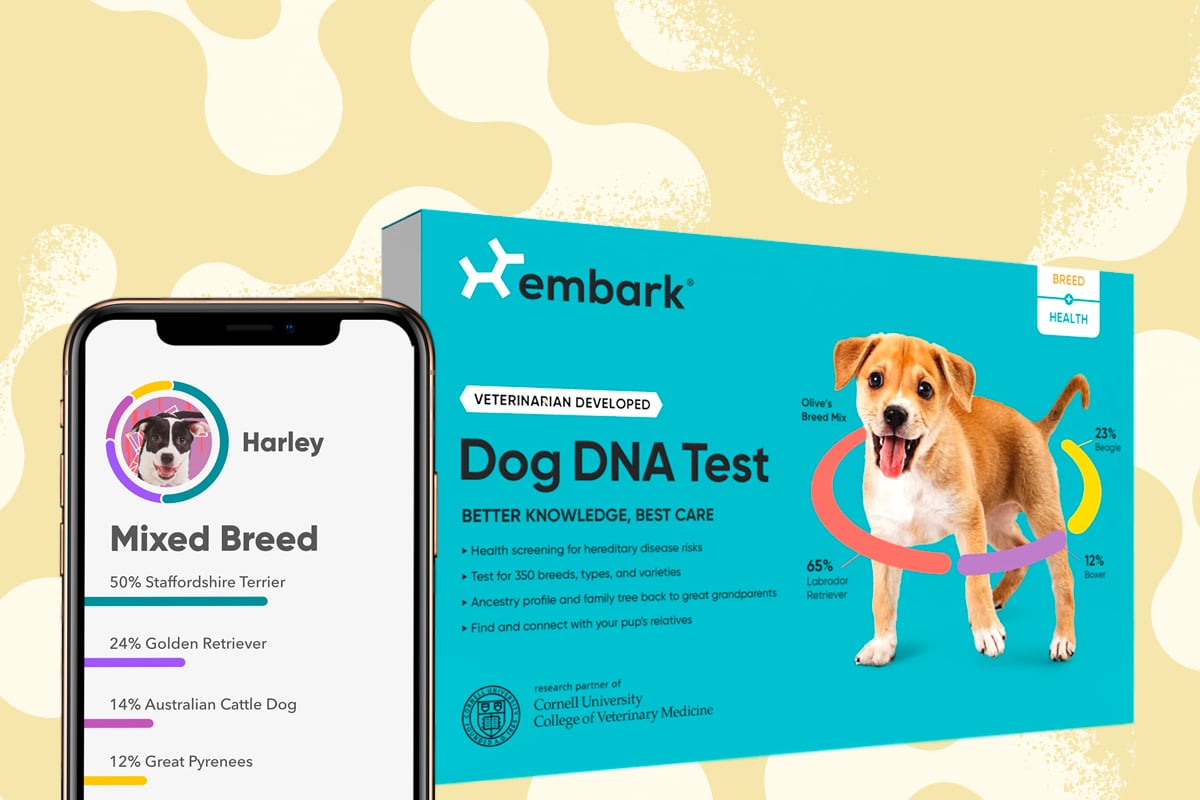 My Dog and My Embark Kit Review - How Accurate Was It? 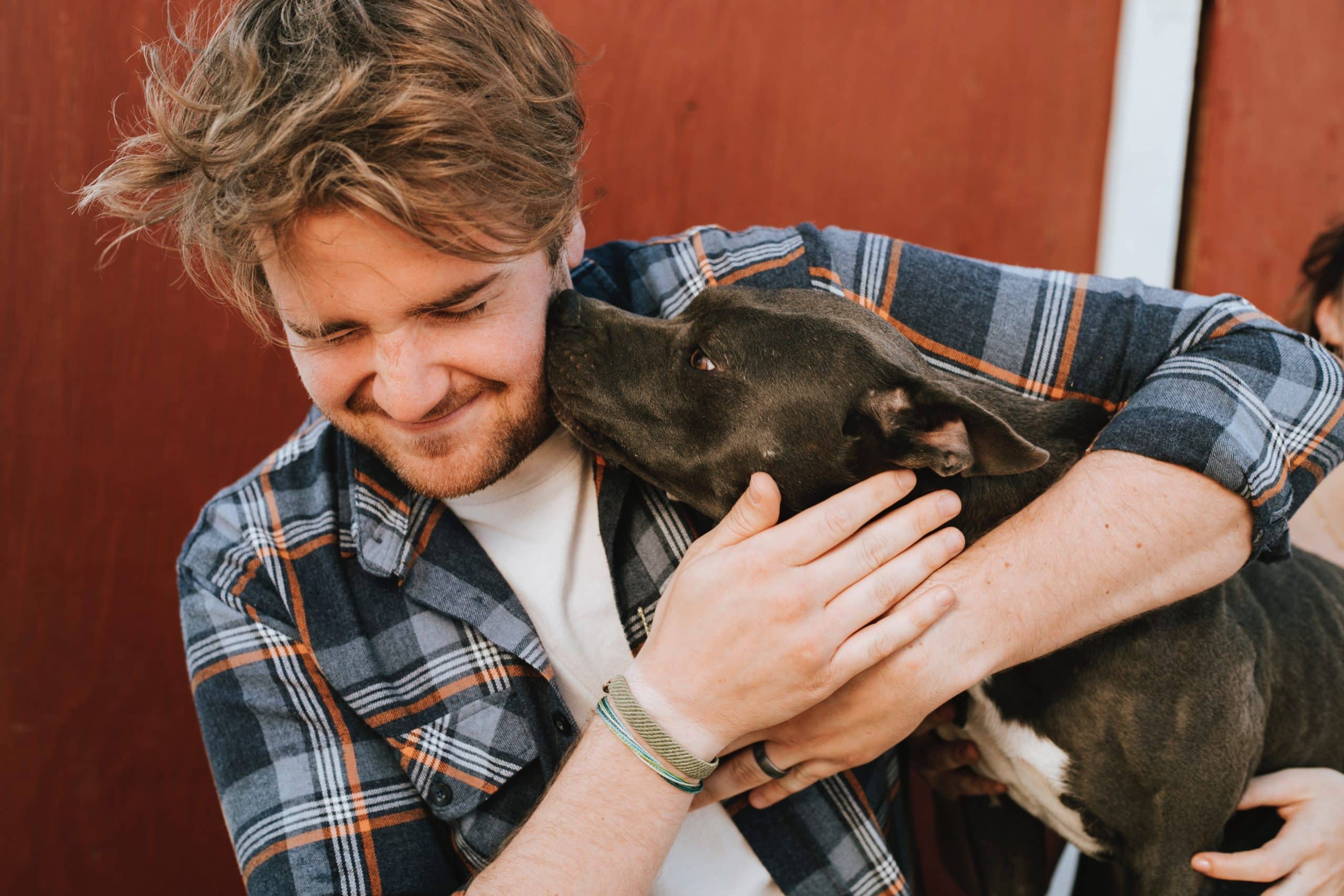 How Do I Know What Breed My Dog Is? 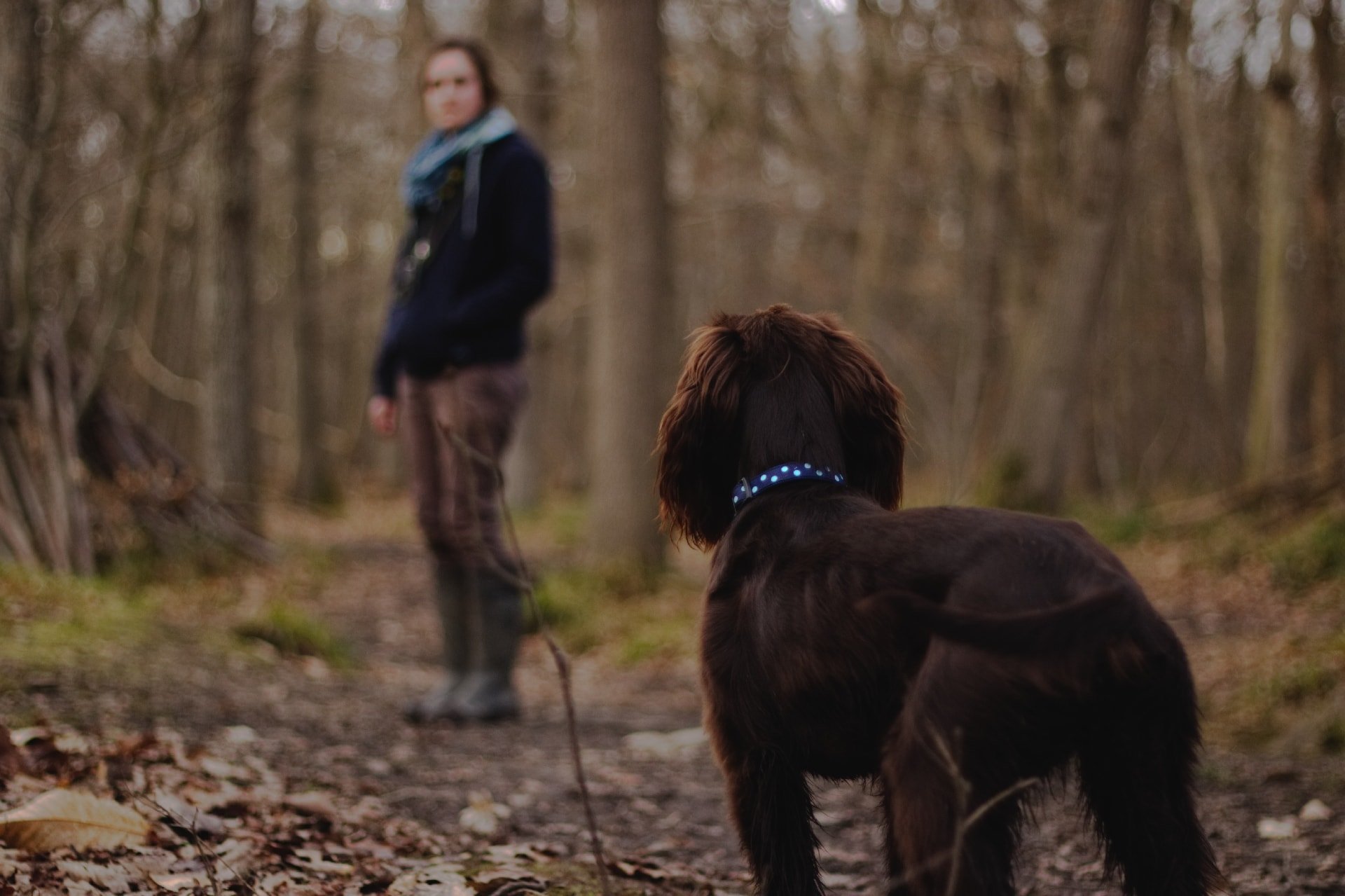 Medically Reviewed by Dr. Alam
If your furry friend is constantly itching, scratching, or gnawing at his coat more…