Is DNA a Factor in Cat Breed Personality and Other Things About Your Cat?

Updated on November 22, 2021
Medically Reviewed by
Dr. Alam
Written by
Kelly Jamrozy
1 sources cited
KnowYourDNA is reader-supported. This means we may receive a commission when you buy something from one of the links on this page.

DNA testing is a great way to learn more about your pet.

This is something that is always rewarding. It helps you make decisions about your cat or dog and enables you to understand your pet better.

As a cat owner, it is understandable if you’ve ever asked yourself this question: “Is DNA a factor in a cat breed’s personality?”

In the past, the only way to learn about pets, including domestic cats, was to live with your feline companion.

Some cat owners base their "guesses" on coat color, eye color, and other physical traits. However, a study revealed that physical characteristics are not a good indicator of a cat’s personality.

Your options were especially limited if your cat was a rescue and you knew little about their ancestry and breed. Assessing your pet's DNA wasn't common among pet owners, but that's recently changed.

Nowadays, cat owners have the option of testing their pet's DNA.

The information gleaned from a cat DNA test can help you make important decisions for your pet, from what to feed them to whether or not to adopt another pet.

There’s a long list of breeds of cats, including:

We Reviewed Cat DNA tests to find out which was best.

What Can You Learn From Your Cat's DNA?

Your cat's DNA can tell you several things about your feline friend. These include:

It certainly seems as if they do. Some breeds are infamously linked to their personality traits, whether it’s a random-bred, purebred, mixed breed, or domestic cat.

DNA influences the majority of traits your cat has, including its temperament and personality.

Most of these traits are linked to your cat's breed. Some breeds are friendlier than others. Some standoffish, others aggressive. And while there are individual cats who don't fit the norm for their breed, in general, you can expect your cat to behave a certain way based on their breed.

Genetic testing has paved the way for pet owners to know their cats better. Additionally, cat breeders have been using genetic analysis for successful breeding.

Just as you would take a DNA test to learn more about your family tree, you can get similar information by testing your cat's DNA.

Also, like you, your cat inherited half of its DNA from its mother and a half from its father. Each of them received half from each of their parents, so your cat has a quarter of the DNA from each grandparent.

How much of the traits that pass on to your cat varies from case to case.

Though DNA offers a great deal of insight into your cat's heritage and what you can expect, it's still difficult to predict exactly how much that DNA will affect your cat.

Look at it this way: DNA can explain why your cat acts or looks a certain way, but it might be more challenging to predict whether your cat will act a certain way.

Random-bred populations can also benefit from DNA testing in order to trace their roots.

One of the most common reasons people take DNA tests is to learn about their potential for inherited health risks. Our genes offer insight into our health, and they do the same for cats. To date, veterinarians have identified more than 250 genetic diseases in cats.

Understanding your cat's genetic risks can help you make many important decisions for your pet. You can use DNA test results to plan a proactive approach to your cat's healthcare.

DNA tests can help you make decisions about your cat's:

It can also help you identify when something is a problem instead of just being part of their breed's makeup.

Genetic variation and environmental factors play a crucial part in a cat’s health. It’s important to remember that some cats are genetically predisposed to some medical conditions such as kidney disease.

Understanding the health risks a particular breed faces can even help you when choosing a cat breed.

If you know you'd be capable of caring for a cat with a high risk for a particular genetic disorder or that it would be too difficult to handle, you can use the information to determine which breed would be right for you.

Is Cat DNA Testing Worth the Investment?

Some might view the investment in a cat DNA test as a luxury.

DNA tests for pets cost around $100 and aren't necessary for caring for your pet. On the other hand, they are an investment that can help you learn a great deal about your cat. This is especially true if your cat is a rescue and you know very little about them.

A few cat DNA test kit options are available, including a kit from Basepaws.com that is available for $95.

With Basepaws, you get a general report that provides insight into your cat's personality, ancestry, and genetic health risks.

It's enough to satisfy your curiosity and help you make proactive decisions about your cat's health.

The 23andMe of Cat DNA Testing

Basepaws gets our recommendation for cat DNA testing because they're an established company, they are the market leader, and provide terrific info for you and your cat.

Learning more about your cat's DNA is a great way to form a lasting bond with your pet.

Cat breed personality is a major indicator of why certain cats act a certain way. DNA test results provide information about why your cat is the way they are. Identifying the genes of different breeds in your cat is a great way to learn more and better understand your pet.

Our In-Depth Review of the popular cat DNA Tests. 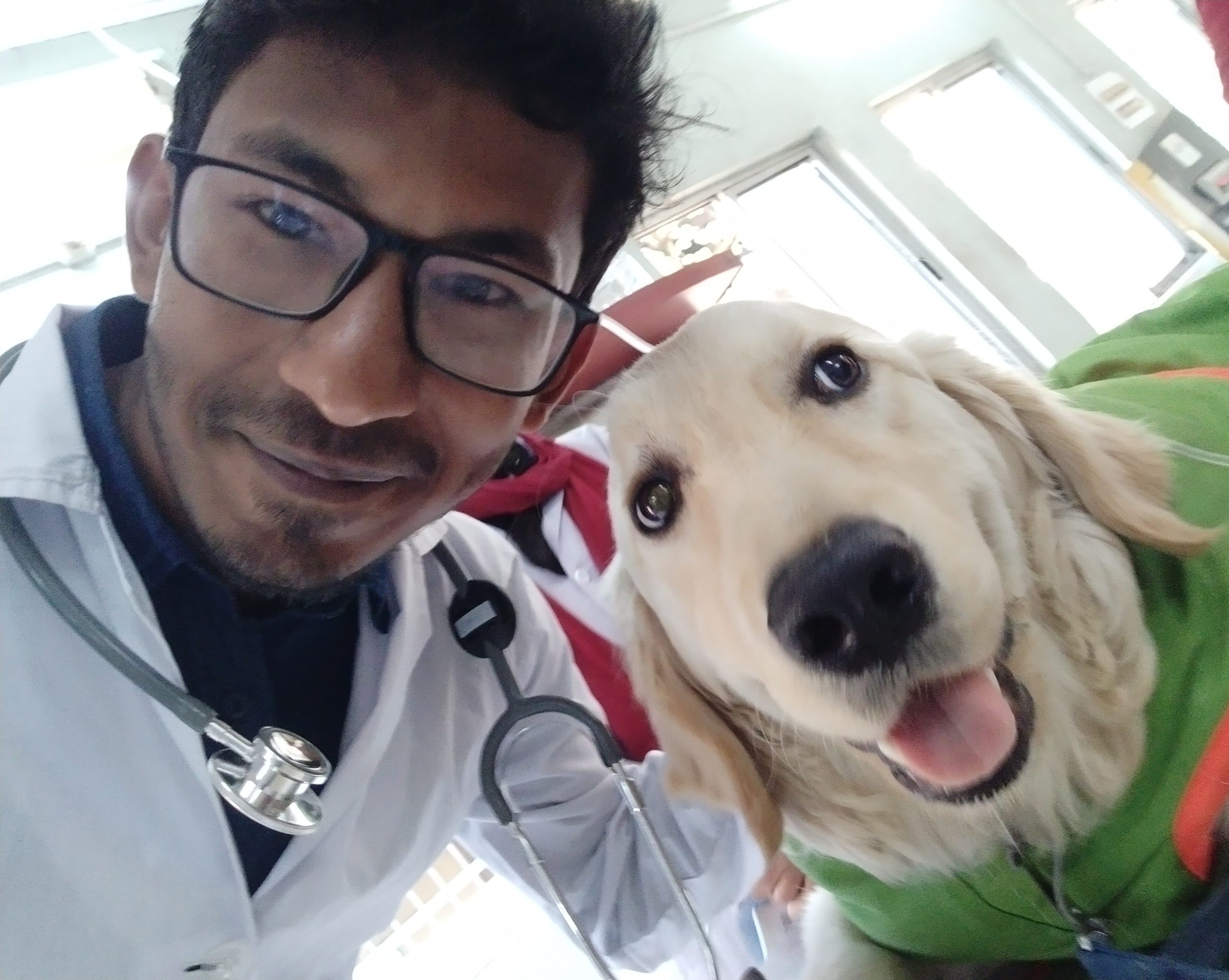 Dr. Alam Roky
Medical Reviewer
Dr. Shamsul Alam Roky is a registered veterinarian who graduated from the Faculty of Veterinary, Animal, and Biomedical Sciences. Currently, he is working as a graduate research assistant at his university, in addition to running a private veterinary clinic named ‘Sylhet Veterinary Services” in his city.