Can You Inherit Deafness
Updated on January 4, 2023
Back to top

Can You Inherit Deafness

Cristine Santander
Content Contributor
Cristine Santander is a content writer for KnowYourDNA. She has a B.S. in Psychology and enjoys writing about health and wellness.
Medically Reviewed by
Dr. Rizza Mira

Dr. Rizza Mira
Medical Reviewer
Dr. Rizza Mira is a doctor, a general practitioner, and a pediatric specialist. She also has a public health degree and units in nutrition and dietetics. Rizza actively participates in community initiatives to prevent illness and promote the health of parents and their children.
7 sources cited
KnowYourDNA is reader-supported. This means we may receive a commission when you buy something from one of the links on this page.

Our parents each pass on a copy of their genes to us, and that eventual combination becomes our own distinctive set of DNA. Their combined genes give us unique traits like eye color, hair color, etc.

However, in the process, genes can undergo changes that may potentially cause anomalies within our bodies. One of the most common congenital (i.e., at-birth) anomalies is hearing loss and deafness.

Hearing loss occurs due to different reasons, like inner ear damage because of exposure to loud noise and earwax build-up. But the biggest contributors to hearing loss are genetic factors.

Hearing loss can be mild, moderate, severe, or profound, depending on what sound level one can hear.

According to the Centers for Disease Control and Prevention (CDC), four out of five babies are born with hereditary deafness.1 The causes of deafness can be present during pregnancy, during birth, and even after birth.

When Is Hearing Loss Genetic?

Many factors can cause a person to lose hearing. For example, environmental factors like problems during the mother’s pregnancy or even postpartum issues can cause deafness.

Your genes have instructions on how your body cells should develop and function. But sometimes, despite these instructions, a gene doesn’t normally form as it should. This is what we call a gene mutation.2

More than 50% of congenital deafness or hearing loss from birth occurs due to inherited genes or gene mutations.3

Many gene mutations can affect your hearing. An example is the GJB2 gene. It’s one of the genes that contain the instructions for a protein vital to the functioning of the cochlea, the area of the ear that transforms sound waves into electric impulses, which the ear sends to the brain for translation.3

The GJB2 gene contains the code for the protein connexin 26 (CX26). Connexins compose the gap junctions, which help regulate the potassium level in the cochlea and endolymph for a normal hearing function.4

Endolymph, or Scarpa fluid, is located in the inner ear. This fluid washes the sensory cells of the inner ear so they can function properly. It contains specific concentrations of electrolytes, including potassium and sodium.

A mutation in the GJB2 gene can lead to an altered gap junction function and ultimately affect your hearing.

What Is Genetic Deafness?

Genetic deafness is a hearing disorder inherited from one (or both) of your parents. It occurs when they’ve passed on the mutated gene to you.

If hearing loss appears to run in your family, genetic testing can help confirm if your deafness is hereditary.

How Does Genetic Deafness Work?

Your chances of developing deafness from a changed gene depend on whether the mutated gene is dominant or recessive.

You have two versions of every chromosome, which means you receive two copies of the same gene. A dominant gene expresses itself more strongly, even if you only carry one copy. Think of having dark hair as a dominant gene compared to light hair–this gene is expressed over the other, and you will have a head of dark hair instead.

A recessive gene is sometimes called the “unseen gene.”

A Punnet square table is a simplified visual representation of all the possible outcomes after a cross between the genetic makeup of two people.

In this example, the capital letter R represents a dominant gene, and the small letter r represents a recessive gene.

A dominant gene mutation causes hearing loss from autosomal dominant inheritance. It means you’re affected even if you only receive one copy of a mutated gene.

The altered gene can come from either your mother or father. Even if only one of your parents has the genetic mutation, you can still inherit the condition.

However, dominant genes don’t affect everyone in the same manner. For example, you and your parent with the same dominant gene mutation may not experience the same symptoms.5

You may also have different levels of deafness. One may be profoundly deaf, while the other only has mild deafness. Or you may even start experiencing hearing loss at different times.

If a child has a dominant gene for hearing loss, but their parents aren’t deaf, the kid may be the first in the family to have a mutated gene. It can be a sporadic condition (i.e., one that doesn’t run in the family).

However, when this child is to have children of their own, each offspring is 50% likely to inherit the changed gene.

Deafness caused by autosomal recessive inheritance is from a recessive gene mutation. It means you received a copy of the recessive mutated gene from both of your parents.

If you inherited only one copy of the recessive mutated gene from your parents, you would become a carrier of the changed gene.

You yourself may not experience hearing loss (at least by way of genetics), but you can pass down the gene that causes it to your children depending on the genes of your partner.

Deafness caused by a recessive gene mutation is genetic. But in some cases, only one person from the same family is affected.

For example, you may have hearing loss even though your parents don’t

Most of your genes are in the chromosomes, found in the nucleus or center of each body cell.

But some genes can also be found in small pieces of DNA in a tiny cell structure called the mitochondria. Your body cells have mitochondrial DNA.

According to some theories, our mitochondria originated from a specialized bacteria that survived endocytosis. Endocytosis is a normal bodily process where cells engulf and absorb outside materials with their cell membrane.6

The theory explains why mitochondria have their own genetic material, called mitochondrial DNA (mtDNA).

Females contribute mtDNA to their developing baby during reproduction. Only the mother’s egg cells can transfer this type of DNA to their children almost unchanged.

If the genetic mutations that caused deafness occurred in mitochondrial DNA, it means the condition is from the mother. In contrast, males won’t transfer a mitochondrial gene to any children.

According to the CDC, about 50 to 60% of children with congenital hearing loss or prelingual deafness inherited it from their parents.

About 70% to 80% of inherited deafness cases are caused by an autosomal recessive gene and are nonsyndromic.

Can You Prevent Genetic Hearing Loss?

Since genetic hearing loss is inherited from one or both parents, you can’t prevent it from happening. However, you can prepare for imminent deafness with early diagnosis and care through genetic testing.

Many states require a hearing test for all babies. Newborn hearing tests determine if a baby can hear sounds.

This test may not be able to determine the cause of the baby’s hearing loss right away. But without this test, doctors or parents may not notice the hearing loss until the child has difficulties speaking.

When your child has a congenital genetic disorder affecting their hearing, your pediatrician first identifies if the condition is syndromic. They may refer you to ear, nose, and throat (ENT) specialists for further evaluation, if necessary.

Co-morbid conditions may cause growth and developmental delays. An early diagnosis can help you come up with an early intervention plan, such as:

Genetic testing can detect many different genetic mutations, including the ones linked to hearing disorders. Testing for congenital hearing loss is beneficial because it can:

About 30% of inherited deafness is linked to medical conditions, like Usher syndrome. Usher syndrome is a genetic disorder that affects hearing, eyesight, and, sometimes, balance.7

Genetic testing looks for genetic mutations or changes in your DNA linked to hearing loss so you can determine what to do next when it comes to potential offspring. Early detection and treatment are key components to preventing the long-term consequences of hearing loss. 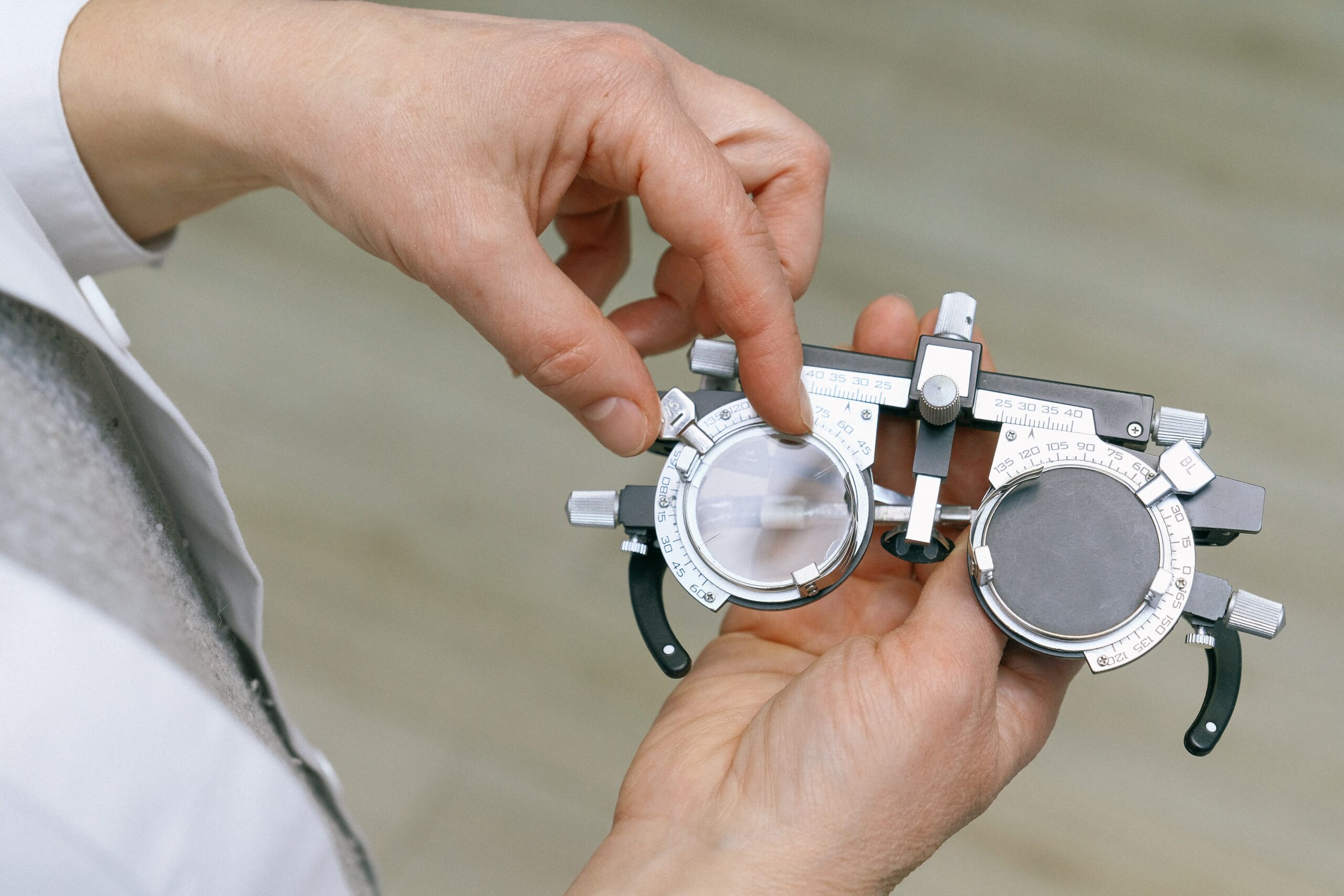 Can You Inherit Cataracts From Your Parents? 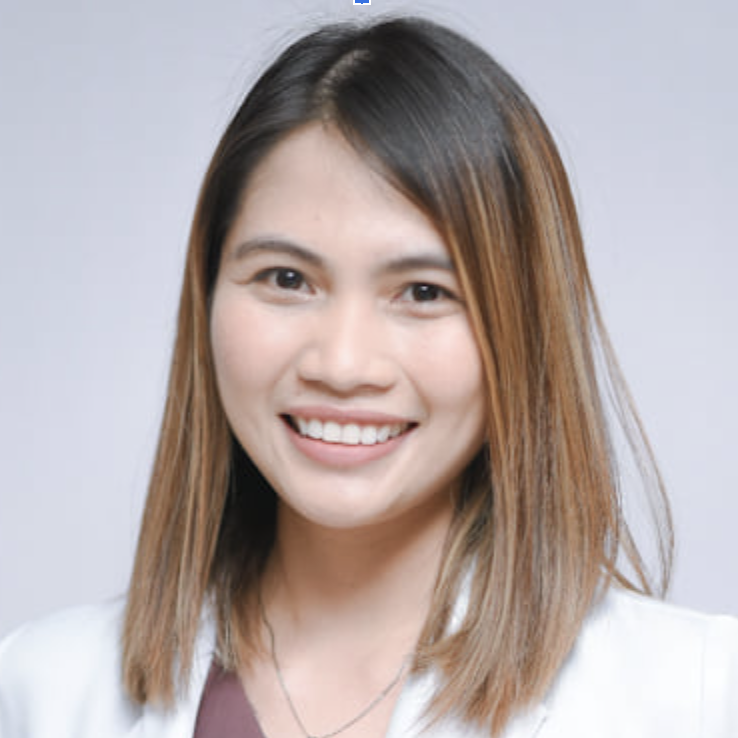