There are over 500 federally-recognized tribes in the United States, with a genetic diversity that might rival all of Europe.

The notion of DNA testing for Native American ancestry is somewhat flawed from the start, and most certainly complicated—reviving along with it the horrors of colonialism and segregation; catalyzing the idea of what it means to be a part of a recognized community.

Arguably, the topic is best framed by Aviva Chomsky at The Nation:

“‘Native Americans’ came into being not through genes but through the historical processes of conquest and colonial rule. Native American nations are political and cultural entities, the products of history, not genes.”

While the place of DNA testing in modern Native American culture and society is constantly evolving, there are a few scenarios where it may assist you in learning about your history. Before trying DNA testing for Native American ancestry, understanding the value and validity is crucial for informed decision-making.

Like any direct-to-consumer DNA test that claims to provide insights on your ethnicity, these results are simply estimations of your DNA origins. Further, they’re based on present-day populations of self-identifying ethnic groups, or mapped by region to the address on the DNA sample. The system is only as good as the databases that are used; populated by large-scale scientific experiments and those who took the DNA tests themselves and chose to opt-in.

In the late 1980s, researchers in Arizona partnered with the Havasupai tribe to study diabetes. Years later, they discovered that their DNA samples were being used for studies on stigmatizing topics like mental illness, migration, and addiction. The deception ended in a lawsuit, causing negativity towards testing throughout the community.

As an example, the Navajo Nation has since issued a moratorium in 2002, discouraging genetic testing within their ranks.

The nature of tribal ancestry

Among the 562 federally-recognized tribes in the United States, the rules for tribal membership vary widely. Tribes are sovereign nations and decide their own views on genetic testing. Very few stipulate the requirement for DNA testing and is often limited only to resolving cases of paternity and familial connections within 4-5 generations. In many cases, the genetic diversity between tribes rivals the diversity seen within groups.

“We’ve had a couple of tribes come to us and ask if we can come up with a genetic signature of a tribe that they could use for tribal enrollment,” said the co-founder of Trace Genetics Inc. “The answer is no, you can’t do that.”

The basis for tribal membership often hinges on the tangible connections that can attach you to the community. These are earned by those who are eligible, while others limit admission to only a few with documented ancestry that holds up to scrutiny. While the results of DNA testing for Native American ancestry may be little more than a novelty, there is one prime benefit that may support your claim.

“If tribes started accepting DNA, they’d want to DNA test everybody, and everybody with a card is not going to come back positive,”

- Vicky Spits Fire Garland, a Cherokee who is vice president of the Tennessee chapter of the Trail of Tears Association.

This worry stems from the very core of what makes a vibrant and fluid community—people come and go; their connection to a tribe or reservation is through spirit and not bound solely by blood.

The connections to registered tribal members will only ever work in your favor in the eyes of tribal leadership. A test for Native American ancestry is little more than a novelty; a test for connections to documented members of a tribe is a different case, entirely.

The only DNA testing for Native American ancestry

Services like Ancestry.com have perks beyond simple guesses on your genetic lineages. Their vast database has the capacity to connect you to actual relatives, which reinforces your connection to their communities. If you suspect you might have Native American heritage, this is the only path worth spending any money on.

As mentioned, each large direct to consumer DNA testing service keeps its own database. If you’re seeking to cast your net as wide as possible, it’s best to submit your sample to multiple analysts. LivingDNA offers the ability to upload your DNA to their ‘One Family, One World’ project, where they aim to connect all individuals on earth. It comes with the added benefit of a free analysis against others in their system.

Unfortunately, for the same reasons that prohibit the Navajo from allowing DNA testing of their peoples, Native Americans may hesitate to opt-in to these databases for reasons ranging from data security to personal fear of being discovered by their tribes. For better or worse, these choices hamper the process of connection between individuals—and your ability to join a tribe. They should also create time for reflection, on whether your DNA is worthy of handling by any more than what is necessary—to preserve your essence to yourself as we proceed into an unpredictable future.

Alone, genetic testimony is unlikely to stand before a tribal council. Still, a tangible connection may help you build your argument for connection to a given tribe. While connecting with a Native American through Ancestry.com certainly does not prove a connection, it begins a story of inquiry into your history and family. Through learning and forging relationships, a place within a tribal community may eventually arrive—naturally. 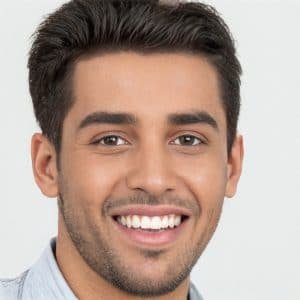 Joel
Joel is a writer with a passion for the science of DNA and the power of its manipulation.

The Five Best Heavy Metal Tests You Can Take at Home

7 Best Food Sensitivity Tests to Take Control of Your Health

More on this topic:

Can a DNA test prove Paternity or Maternity

Inherited disease and what genetic testing can uncover

You have several options when it comes to learning about your DNA, KnowYourDNA is the best source for finding all things related to DNA.