Aspartame & Its Effects On Your Digestive Health
Updated on January 11, 2023
Back to top

Microbiome
Aspartame & Its Effects On Your Digestive Health
Updated on January 11, 2023
6 min read

Aspartame & Its Effects On Your Digestive Health

Joel Hirsch
Content Contributor
Joel Hirsch is a health enthusiast and gym rat with a degree in Health Sciences. He spends his time writing about products that help people reach their health goals.
5 sources cited
KnowYourDNA is reader-supported. This means we may receive a commission when you buy something from one of the links on this page.

Aspartame is commonly consumed by people who want to lower their sugar intake while enjoying something sweet. It's become a very popular sugar substitute--but why?

Not only is it said to be sweeter, but it's also often seen as the healthier option.

Other common artificial sweeteners include:

Aspartame is a popular low-calorie artificial sweetener. It is widely used as a sugar substitute.

Aspartame is approximately 200 times sweeter than regular sugar. Just a small amount often goes a long way. It is most often found in:

Once consumed, aspartame is broken down into two amino acids: phenylalanine and aspartic acid. These are used in metabolism and protein synthesis.

Aside from the two amino acids, the digestion of aspartame also produces a small amount of methanol. It is a compound typically found in vegetables, fruits, and juices.

Despite its wide usage and popularity, aspartame use is still controversial. Medical experts have varying opinions regarding the safety of sugar substitutes.1

Where is Aspartame Used?

Aspartame is used to reduce the amount of sugar present in food and drinks. It is commonly found in the following:

In addition, some medicines and chewable vitamins also contain aspartame. It lessens the bitterness and significantly improves the taste.

Aspartame cannot be used for baking or cooking. It is deemed unstable. When exposed to temperatures higher than 80 degrees Fahrenheit, aspartame will: 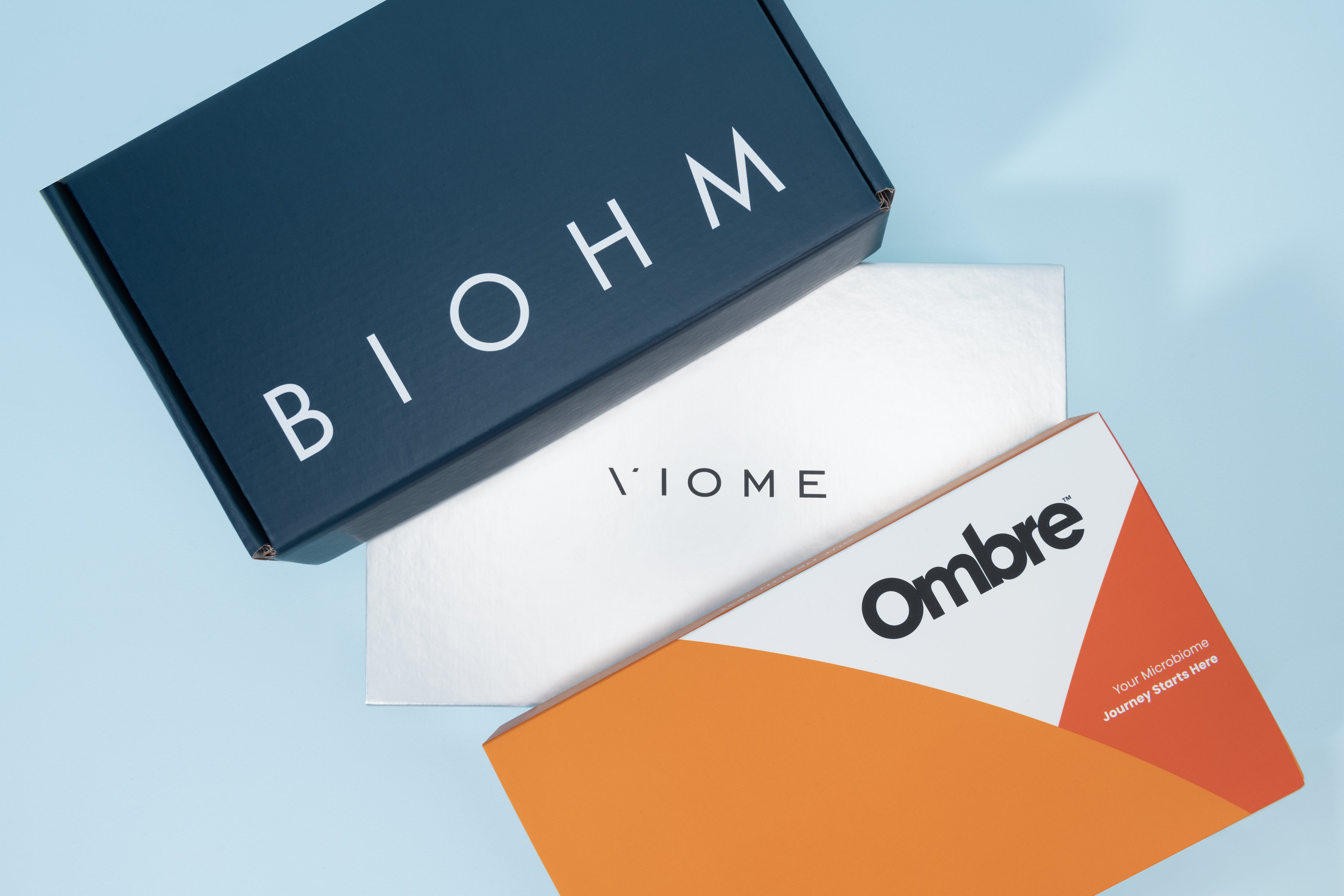 Our review of the best at-home Microbiome Tests.

Yes, aspartame is safe to use within the recommended acceptable daily intake (ADI).2

Aspartame is one of the most extensively studied food ingredients. There are more than 200 studies and clinical trials supporting its safety.

Leading health authorities have made safety evaluations and scientific risk assessments worldwide. It has been approved for use in dry foods, carbonated drinks, and as a sweetener.

Aspartame is also safe for:

Can Aspartame Cause Digestive Problems?

Consuming artificial sweeteners does have an effect on the body. There have been reports of gastrointestinal (GI) disturbances. Reported symptoms include:

However, the double-blind, placebo-controlled clinical trial results did not confirm that the gastrointestinal symptoms were indeed caused by aspartame. Both the aspartame group and the placebo group reported GI symptoms.

Whether or not digestive problems are caused by aspartame, knowing the state of your gut could help you find answers. At-home microbiome test kits are intended for this purpose.

Thryve’s Gut Health Program analyzes a stool sample so you get a picture of the state of your gut wall. It comes with a digital health report, personalized food plan, and customized probiotics.

Do Aspartame Cause Harm to Gut Bacteria?

The controversy lies in whether aspartame affects the gut microbiome or not.

The European Food Safety Authority (EFSA) has published its opinion on the results of the re-evaluation of aspartame.3 It stated that aspartame does not reach the colon. It is already broken down into its component amino acids before reaching the site where the gut microbes are clustered.

Similarly, a panel of low-calorie sweetener experts, via a research study, concluded that there is no sufficient data available regarding the adverse effect of aspartame on human gut microbes.4

While several studies found that aspartame consumption doesn’t adversely affect gut microbes, other studies claim the opposite. Findings revealed that healthy gut bacteria are affected when you consume artificial sweeteners.

Additionally, a study published in the Molecules journal revealed that artificial sweeteners such as saccharin, sucralose, and aspartame turn our gut bacteria into pathogenic gut bacteria.5

With opposing views from health experts, the best advice is to proceed cautiously and stick to the FDA-approved acceptable daily intake.

What Are the Benefits of Aspartame?

Despite the controversies, many calorie-conscious consumers are still using aspartame. It is a low calorie sweetener with negligible calorie content. Additionally, aspartame provides the following benefits:

Aspartame needs only to be used in small quantities to achieve a sweet taste. While it does provide calories when metabolized, the calorie count is negligible.

It lasts longer than sugar.

Aspartame is used to extend and enhance fruit flavors in food and drinks. Mixing it with other artificial sweeteners could result in a more sugary taste.

It is safe for the teeth.

Aspartame is deemed safe for oral health by the American Dental Association. It does not cause or contribute to the development of tooth decay.

It is helpful for diabetics.

People with diabetes need to budget their carbohydrate intake. Since aspartame has no carbohydrates, it does not affect blood sugar levels.

This allows diabetics to stick to their healthy meal plans. It also allows them to manage their weight without worrying about spiking blood sugar levels.

It is helpful for weight watchers.

Obesity is a prevalent health problem. Aspartame is beneficial because it has fewer calories compared to sugar.

It replaces sugar without compromising taste.

Aspartame replaces sugar without food having to taste less sweet. This way, you do not feel deprived of your sweet cravings. You get the same sweet taste more healthily.

What Are the Side Effects of Too Much Aspartame?

Researchers found that the adverse effects of aspartame only happen with huge doses exceeding the acceptable daily intake. However, people diagnosed with phenylketonuria should avoid aspartame at all costs.

Consuming high amounts of aspartame is considered bad for the health because it may cause:

The Final Word on Aspartame

The human gut microbiome plays an important role in human health. Serious health issues can arise from an overgrowth of pathogenic bacteria.

While the debate is still ongoing about aspartame, it is best to play on the safe side.

There are pros and cons associated with aspartame consumption. It has FDA approval and is backed by health agencies. However, some health experts question its safety, with research studies to support their claims.

No matter your reason for using aspartame, remember that it’s important to adopt an active and healthy lifestyle customized solely for you. Achieving good health is a multi-faceted approach, with several factors that must be considered.

Setting your priorities straight and knowing what your personal goals are is important to your overall well-being.

Looking for the best microbiome kit on the market? Look no further! Our review round-up page has all the information you need to make an informed decision. 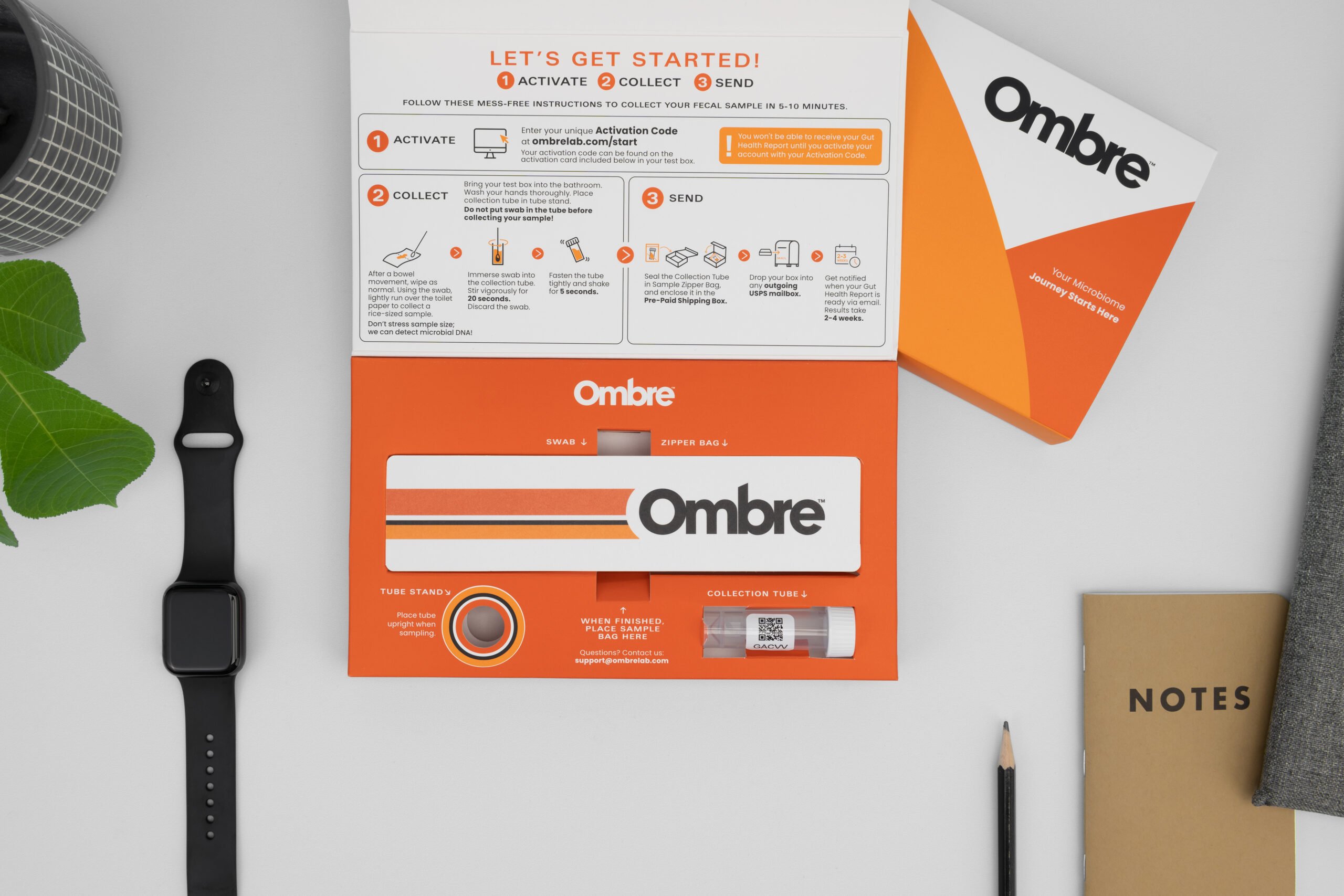 Medically Reviewed by Dr. Rizza Mira
The gastrointestinal tract, or the gut, affects many of your body’s functions.  It’s because… 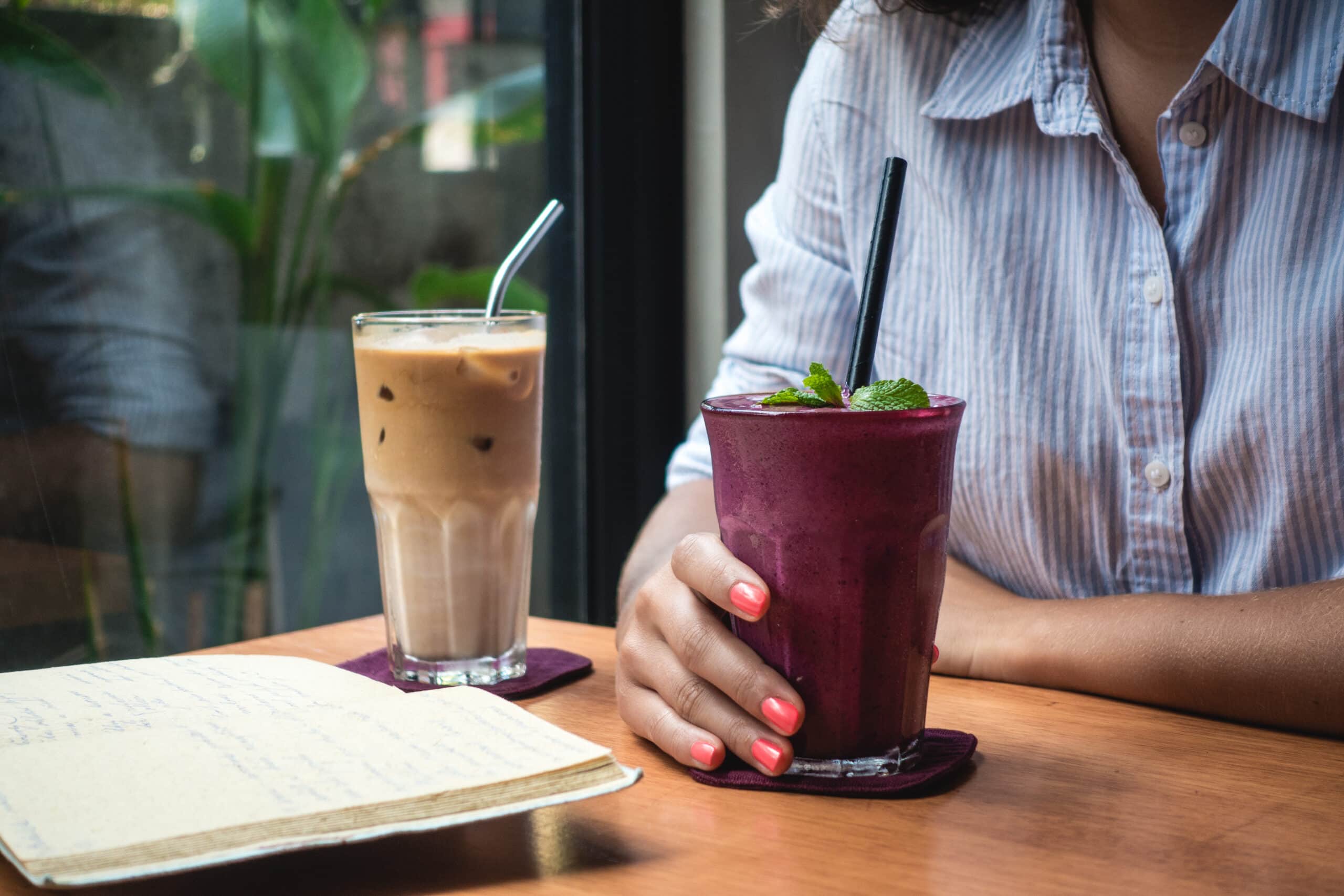 The Best Colon Cleanse We Recommend

Written by Will Hunter
Some gut issues cause discomfort that can interfere with your daily living. Gastrointestinal (GI)… 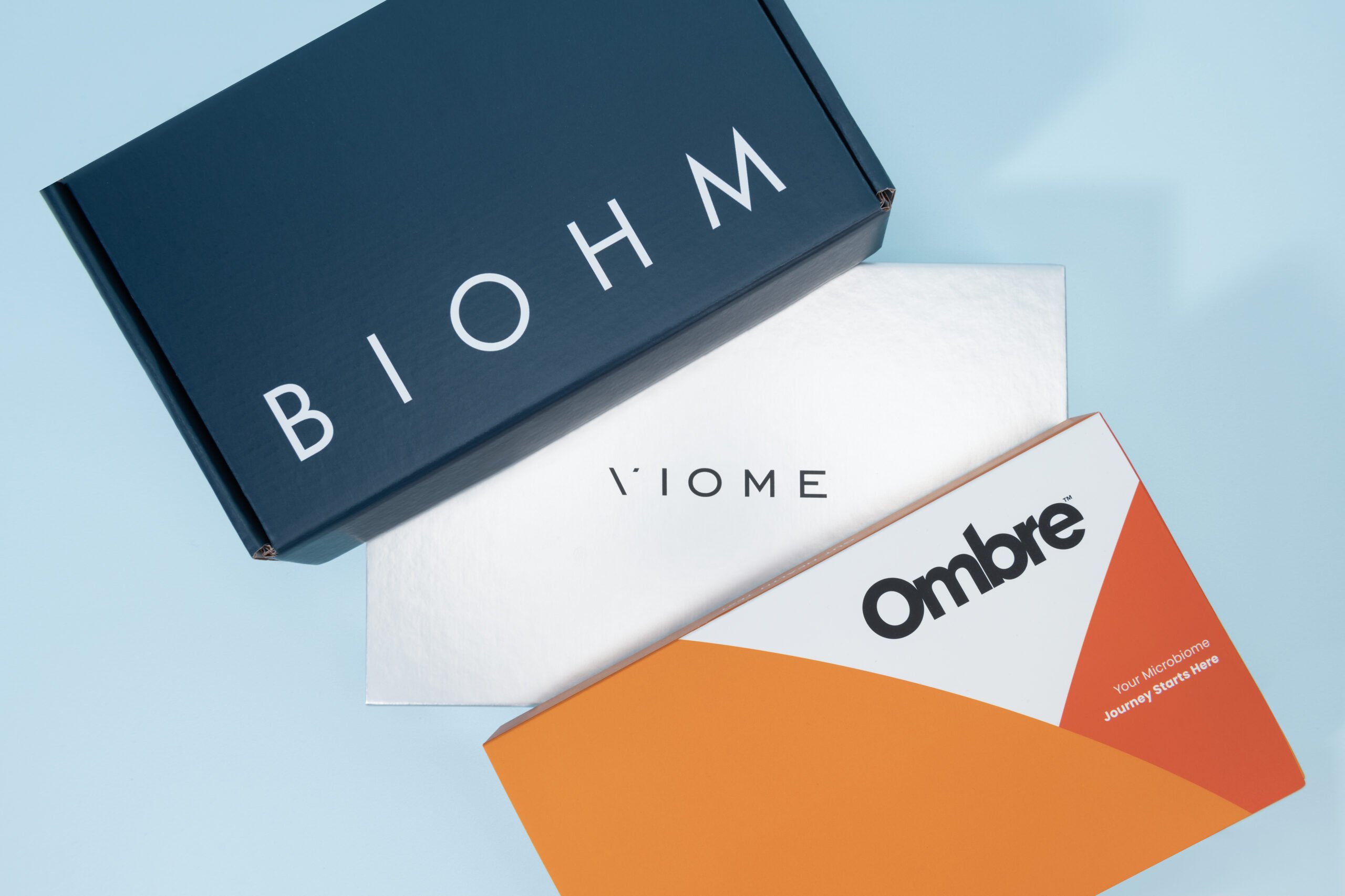 Medically Reviewed by Dr. Dhingra
Do you often feel tired? Are you always hungry or craving for certain foods?… 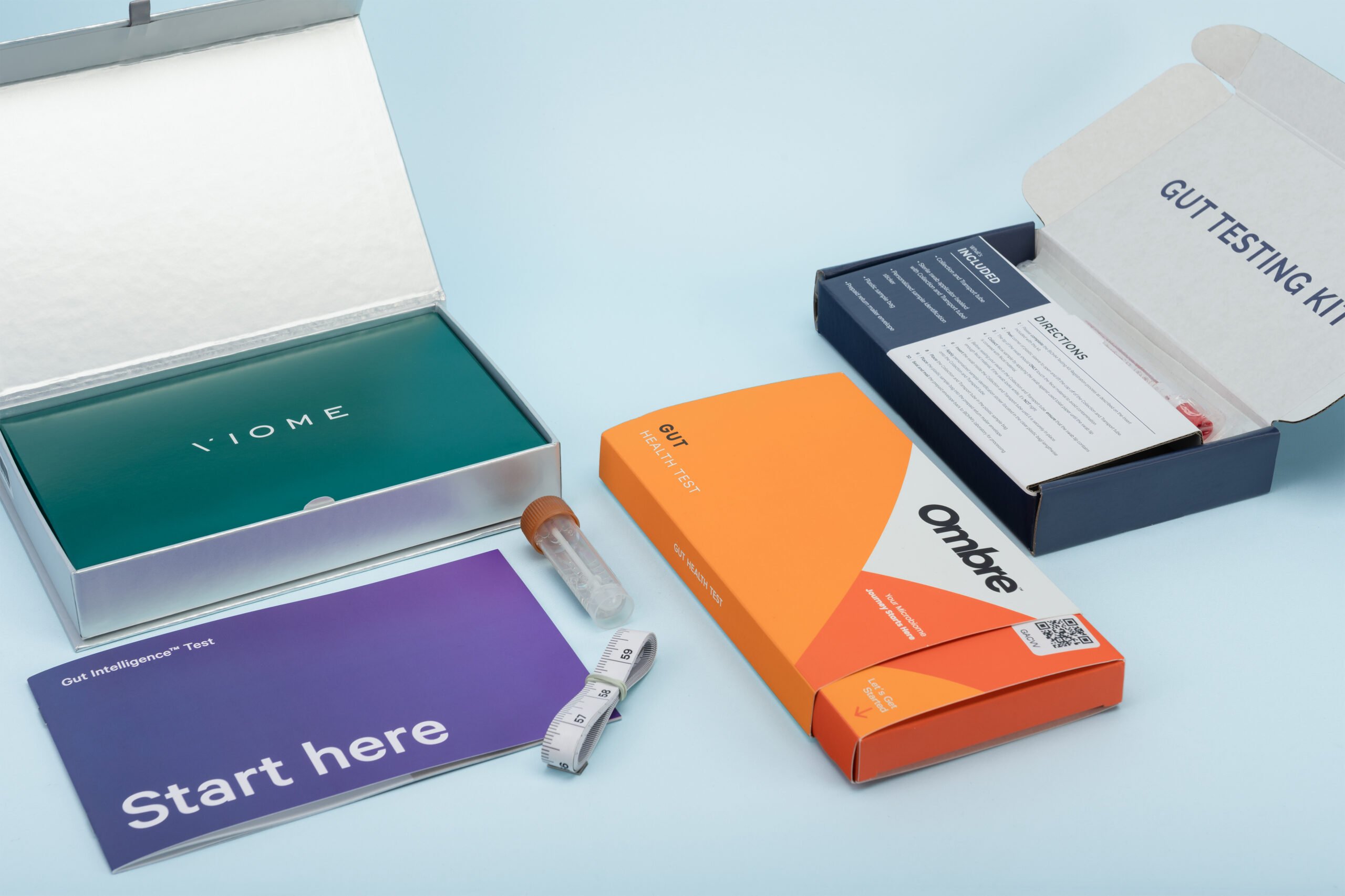 Medically Reviewed by Dr. Dhingra
Over 100 trillion bacteria live in your gut. They carry out all activities and… 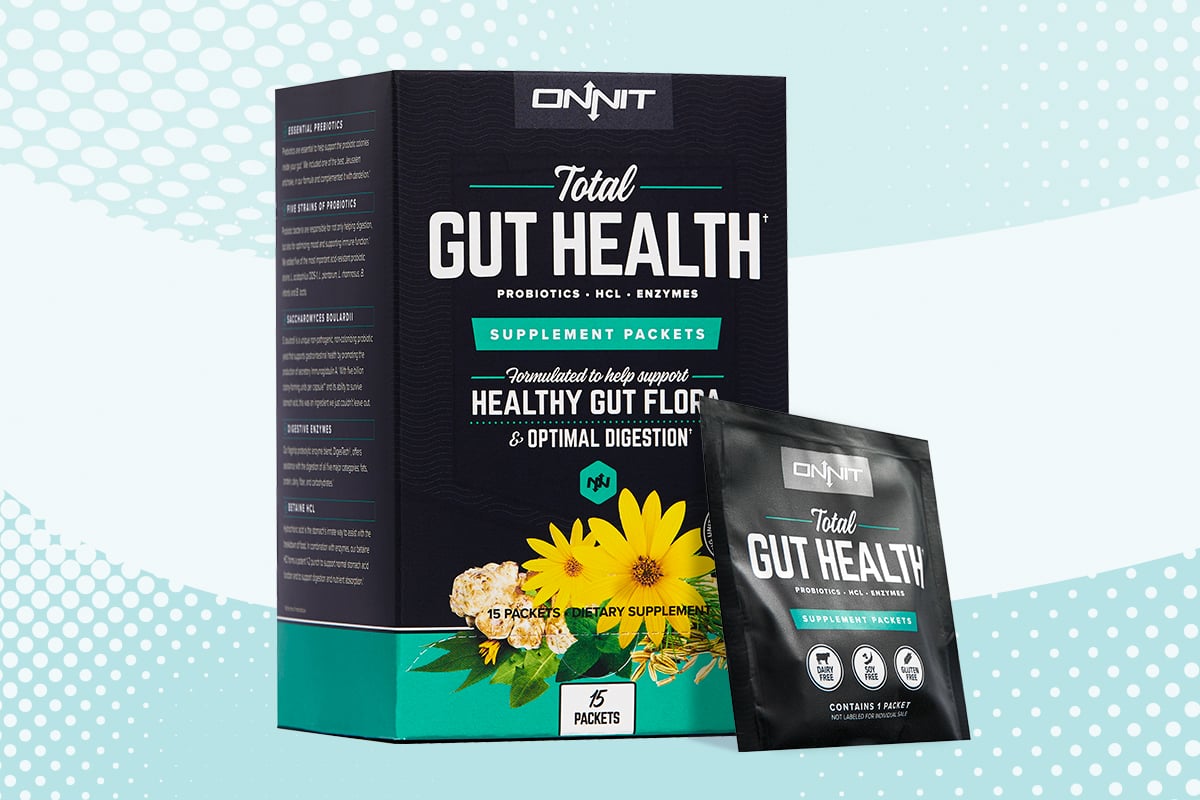 How Can ONNIT Gut Health Help You Achieve Good Digestion

Medically Reviewed by Elise Harlow
Many people overlook the digestive system — but they definitely shouldn’t.  Our in-house nutrition…