Joel
Content Contributor
Joel is a writer that loves exploring DNA, at-home health, and optimizing my health. He believes that the democratization of home health is in its early stages.
KnowYourDNA is reader-supported. This means we may receive a commission when you buy something from one of the links on this page.

Curly-haired cats are a genuinely special and exciting breed. Unlike cats with straight hair and wavy hair, a cat with curls is unique. The quality and texture of their fur set them apart from all others.

If you're thinking of getting a curly cat, here's what you need to know.

What Do The Coat Genes Mean For Your Cat?

Coat genes determine the pattern, pigmentation (color), texture, and length of feline fur.  They are responsible for a variety of coat variations, any of which can be curly. The different coats include:

A tortoiseshell coat pattern is defined by streaks of orange and a non-orange, mostly black color. Cats with these coats may also have white spots in their fur. In contrast, Tricolor cats will have large amounts of white in their coats, so the red and black patches will look more like patchwork.

Calicos and tortoiseshells are almost always female. This occurs because the coat pattern arises from a differential X chromosome activation. Since males carry only one X chromosome copy, it is rare for them to have this kind of coat.

Color-pointed cats have a dark coloration on their extremities (feet, ears, faces, and tails) and a lighter coloration on other parts of their bodies. The pointed pattern is a type of partial albinism that results from a mutated enzyme (tyrosinase).

In its mutated form, the enzyme is heat-sensitive, so it takes effect only in cooler parts of the skin. As a result, only the coolest parts of the cat's body will have dark pigmentation. They can be remarkably dark in color - they will often have a near-black, brown, or cool grey appearance.

This is a coat type in which the cat has one primary color with white patches. This pattern includes a tuxedo, where the cat is mostly black with white on its chest, van (primarily white with a colored tail and head, or tortoiseshell.

Tabbies have marbled patterns comprising bullseyes, butterflies, spots, bullseyes, or swirls. They owe their coat pattern to a dominant allele of the Agouti gene. It stimulates full pigmentation when the hair starts to grow, slows down pigment production, and speeds it up again. This creates the pigmented bands tabbies are known for.

The four tabby variations include:

Looking for a way to learn more about your cat's health, breed and potential risks?

Curly coats come from a rare genetic mutation that causes changes in how individual hairs and hair groups behave. This change gives the cat's fur a curly appearance. The mutation is not common but can occur spontaneously in several genes, leading to various curly coat types.

There are four cat breeds known to have curly fur. The trait is rare among felines, and sometimes, it can’t be passed down even when it occurs. Consequently, there aren't that many. Three of the four officially recognized curly-haired cat breeds are from the Rex class.

LaPerms have short wavy coats. The breed is known for being social and affectionate towards humans, so expect them to follow you around and seek your attention. They can have a variety of colors and markings and may also display long/short-haired coat variations.

Note: This cat's curly fur tends to disappear after birth then reappear at about 10 months of age. So, you shouldn’t be surprised if you see this happen.

The Devon rex is an intelligent, short-haired, tall-eared cat breed that started in England in the mid-90s. These cats are known for their slender bodies, large ears, and wavy coats. They have shown the ability to learn and perform complex tricks but are hard to motivate.

Cats of this breed are so playful that they're often described as a cross between dogs, cats, and monkeys. They are experienced jumpers and will actively investigate and occupy any space large enough to hold them.

Most Devons will devote their love and attention to a single person. This individual will be the one on whom they will most often lie and rub.

Cornish Rexes are a hairless breed.

They have no hair except for down. T

his makes their coats extremely fine and curly. The breed is best adapted to indoor living with warm, dry conditions, as they are sensitive to low temperatures. The cats like to race other pets, play fetch and do acrobatic jumps.

Like the Devon, they are very intelligent, capable of quickly adapting to new environments.

Cornish Rex cats display various coat colors and patterns that include solids like black, white, and chocolate; all variations of a tabby like a mackerel and classic; and color-point patterns.

The Selkirk Rex differs from the Devon Rex and Cornish Rex in that it has a complete coat, and its hair is of average length. Its fur is also plusher and thicker than a LaPerm's.

The breed originated in Montana in 1987, with a litter born to a rescued cat, and has since been developed into two distinct coat lengths, long and short.

A Selkirk Rex cat is large and solidly built. Their coats are soft and woolly, loose, unstructured curls. They also have curly whiskers.

The breed's temperament is primarily influenced by the cats that contributed to its development. Selkirks usually possess the reserved traits of the British shorthair, the socialness of the Persian, and the playfulness of the exotic shorthair.

Note: there may be other cats with curly fur, but these are the only recognized breeds.

Other Cats with Curly Hair

The four breeds mentioned above are the only recognized breeds with curly hair. But there are other cats sporting the curly hair look. Here are some of them:

An American Wirehair is a playful medium-sized cat with a wiry coat. This cat demands a lot of attention from its owner. With a life expectancy of 14 to 18 years, they make for a great companion. They love playing with children, are smart, easily trainable, and enjoy learning new things.

Their wiry coat requires very little grooming. Doing so may hurt their coat.

This cat is native to Germany. It has a short, silky coat that requires once a week grooming. They are playful and active but if you’re allergic to cat hair, the German Rex is not for you.

German Rex cats are lively, friendly, loyal, and extremely patient. They are great companions for people of all ages.

A Lambkin Dwarf is the product of crossbreeding. They have a softly curled coat that requires grooming every other day. They are not hypoallergenic.

These cats are mellow, charming, and affectionate.

They love to spend time on their owner’s la but won’t mind jumping and climbing on just about anything. They are active and playful and they love to socialize with other cats and people.

Ragamuffins are native to the United States. This large cat has a life expectancy of 12 to 16 years. It has a thick, plush coat with a wide selection of colors. Their coats require moderate to high maintenance.

Despite their large size, ragamuffins are great companions because they are generally sweet and docile. They love being around children due to their playful nature. They are easily trainable and can learn how to do tricks fast.

Siberian is Russia’s national cat. It has a thick triple coat that requires weekly grooming. Despite the thick coat, the Siberian is said to be hypoallergenic - however, this claim has yet to be scientifically proven.

These cats are affectionate, playful, and calm. They are friendly and are happy to spend time with dogs and other cats. As social cats, they also love interacting with people.

The Siberian is expected to live for 11 to 15 years.

Skookums are crossbreeds with a life expectancy of 10 to 15 years. They are small cats with curly coats that require weekly grooming. These cats are playful and require a lot of attention from their owners.

A skookum cat is fun-loving, confident, curious, and energetic. If you own one, you’ll notice that they love spending quality time with you.

How much does a curly-haired cat cost?

Since the cats are so rare, it's unlikely you will find them in pet shelters. They are so rare that there is only a handful up for adoption at any given moment.

This means your best option is to contact reputable breeders, who will charge around $1,500 per curly-haired kitten.

The 23andMe of Cat DNA Testing

Basepaws gets our recommendation for cat DNA testing because they're an established company, they are the market leader, and provide terrific info for you and your cat.

Some breeds may not shed at all. This characteristic means they are less likely to trigger allergies in humans. 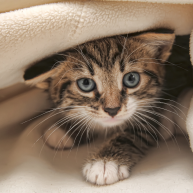 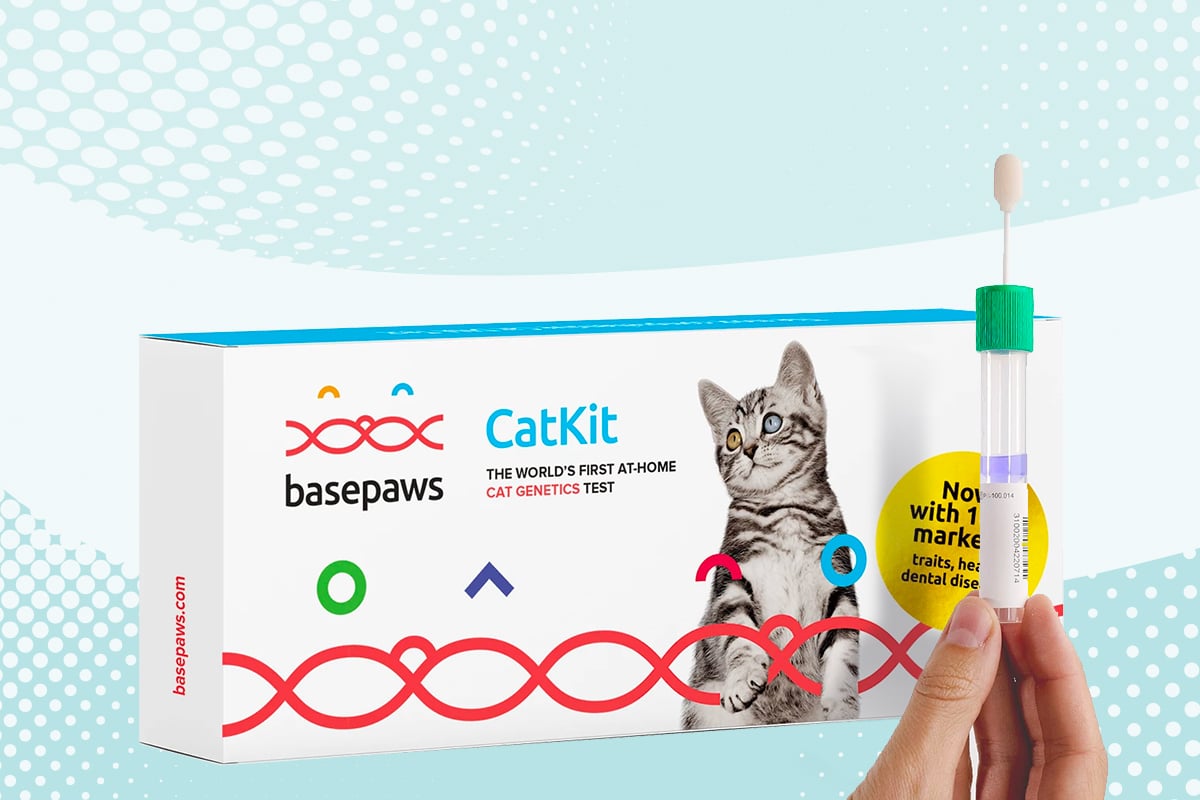 Don’t you just wish you can read your cat’s mind? It would be so… 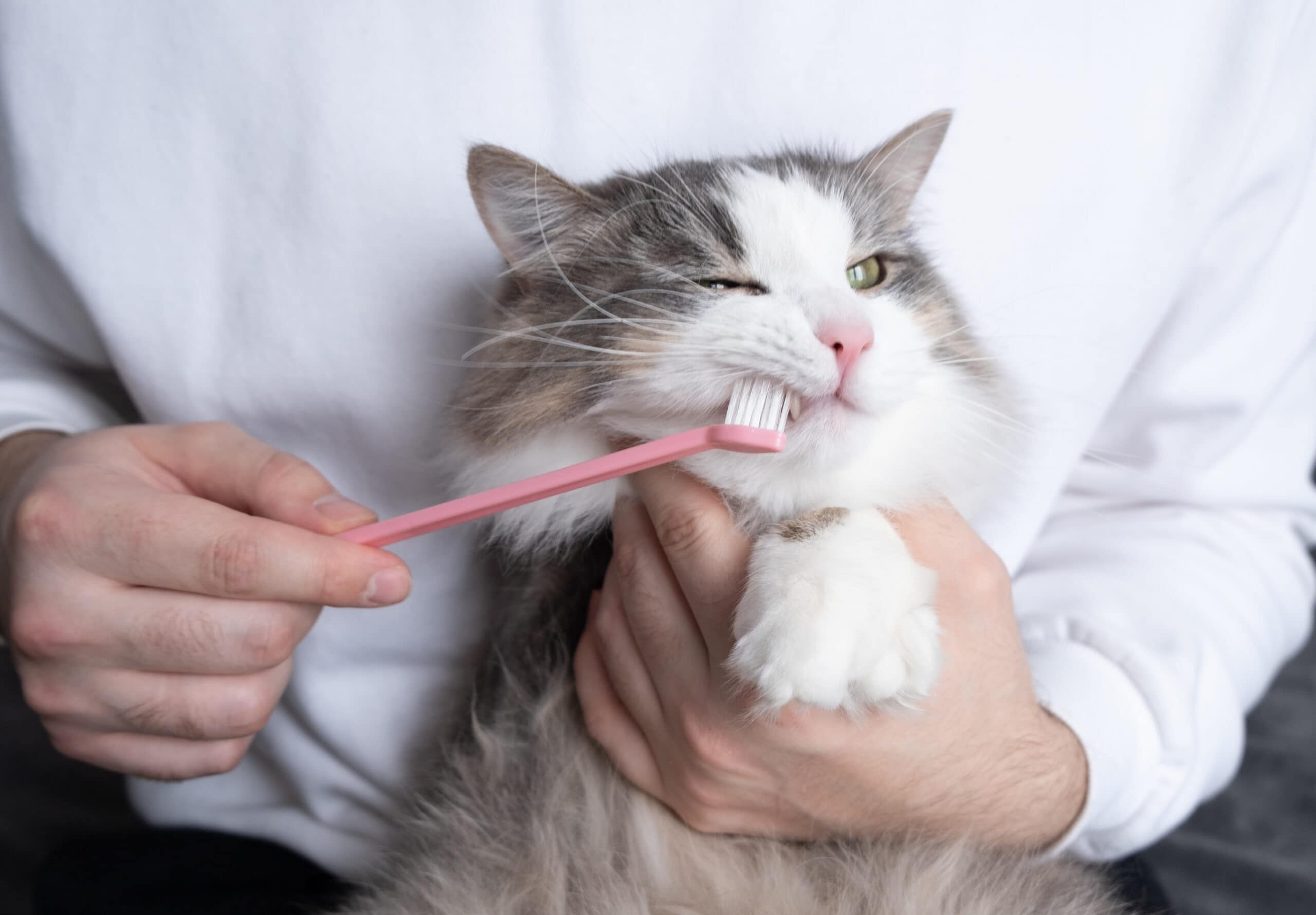 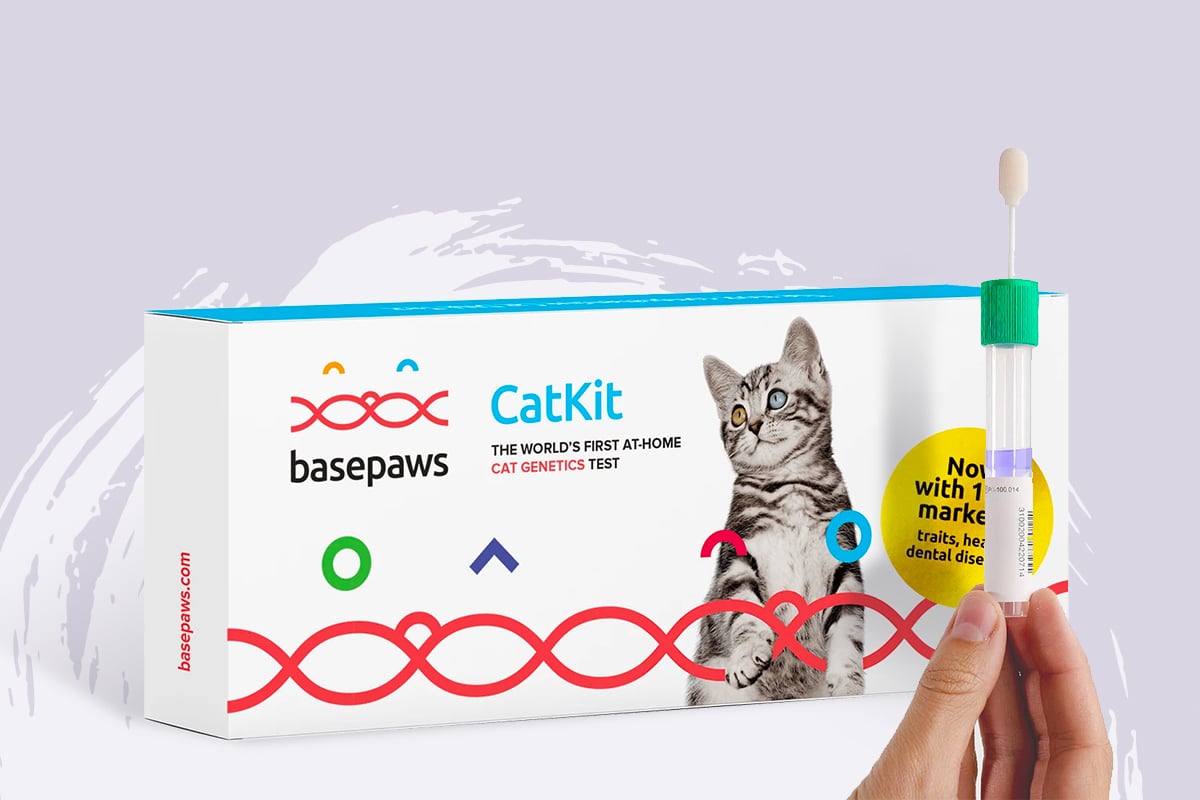 Basepaws paved the way for cat DNA testing. It was the first of its… 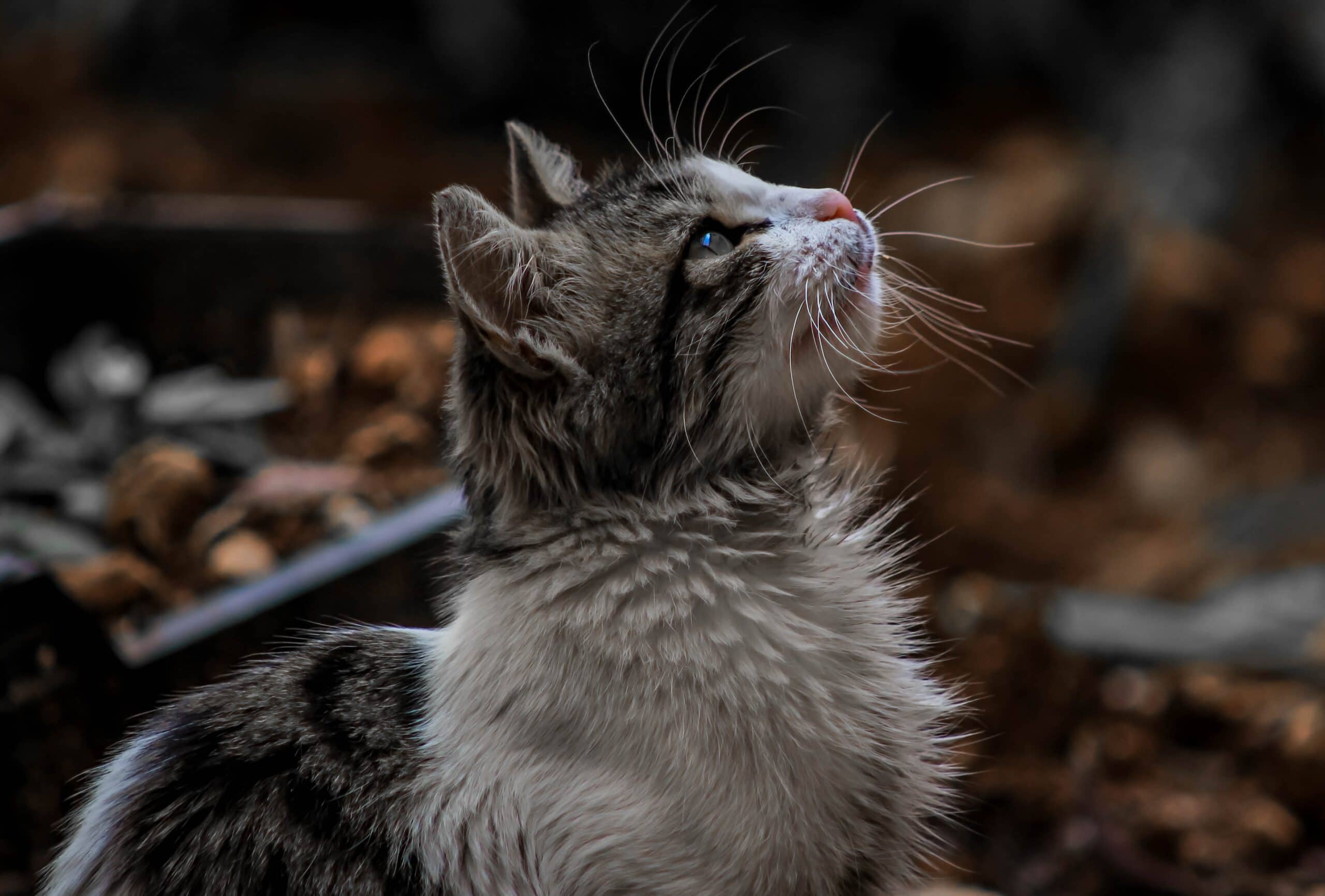 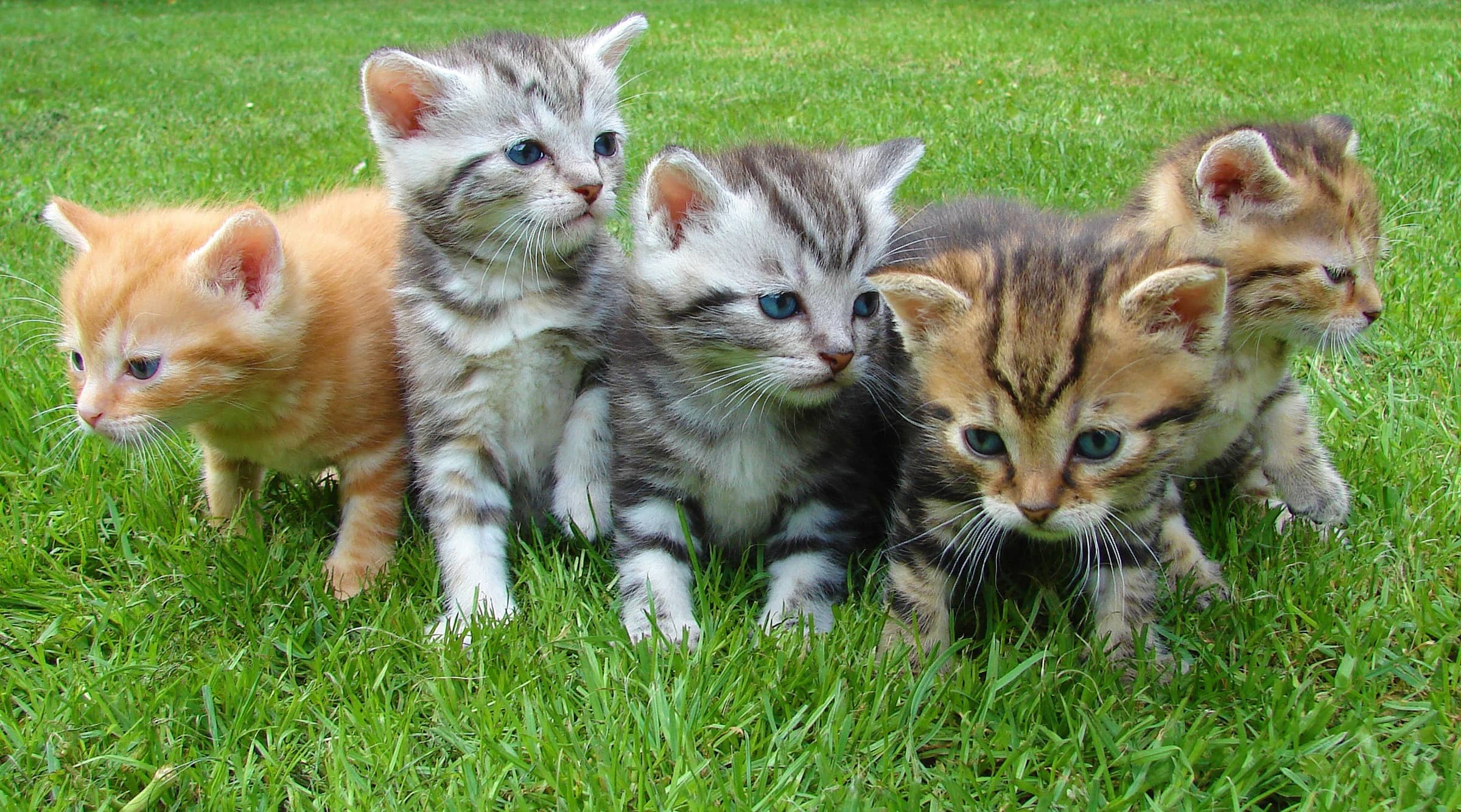 10 Reasons Why You Should Get a Cat DNA Test

DNA reveals a great deal, whether a sample belongs to a human or an…

Joel
Content Contributor
Joel is a writer that loves exploring DNA, at-home health, and optimizing my health. He believes that the democratization of home health is in its early stages.